The Azande were organized into chiefdom that was united to be kingdoms, the Avungara were the nobility and passed it down through their linage. Chiefs had many jobs within the chiefdoms such as military, economic and political leaders.

All unmarried especially the commoner’s men/women in the society were used as laborers and warriors. Within the chiefdom’s clan, affiliation was not stressed as important at the local levels. Nonetheless, they had “local groups” that were like their “political organization”. During the Sudan’s civil war dated back to 1955-1972 the Anya-Nya Movement before South Sudan’s independency, when it came clear that the Arabs were going to take over the national government in Khartoum, the Equatorian Azande played an instrumental role in the struggle for autonomy in South Sudan through what was knowns as “The Equatoria Corps, formed during the Anglo-Egyptian administration .

The Azande heavily participated one hearted with both manpower & resources in the second war that broke out in 1983-2005 known as the SPLA/M which led South Sudan into its independence from, The Republic of Sudan .

The Simba Rebellion known as the Orientale Revolt of 1963-1965 in the Democratic Republic of the Congo which took place within the wider context of the Congo Crises and the cold war led by the followers of Patrice Lumumba . The second war led by Laurent-Desire Kabila 1996-1997 and many other wars in the country In Central African Republic, the war led by Ex-Seleka factions FPRC and UPC from 2012 to present .

Most of all, the Azande have created a home guards known as: The Arrow Boys to tackle the Lord’s Resistance Army (LRA), a notorious insurgent group of Uganda formed in 1988-present causing kiosk in the Azandeland. The Arrow Boys battalions have managed to defeat both the LRA and the Ambororo group of Sudan and retained peace into the area.

The region in which the Azande lives in has two climates, the rain season from April to October and the dry season from November to March. 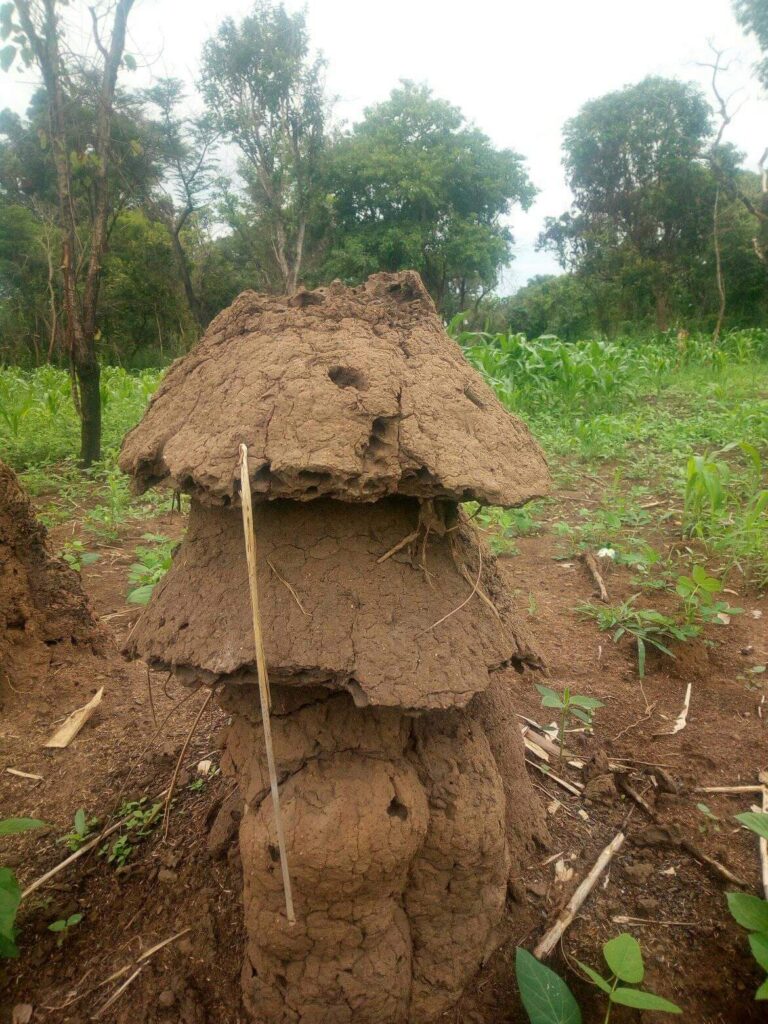 The Azande inhabited region are, savannah in the north, rainforest in the south and mostly suitable for agriculture “farming” & hunting. The contemporary people are fine craftsmen in iron ore, clay and wooden crafts.

The Azande are known to be the only Bantu group who are none-cattle keepers, but they do keep small head of goats, sheep’s and chickens for consumption purposes. The Azande mainly are small-scale (shifting cultivation) famers, they farm crops include maize (corn), rice, millet, groundnuts (peanuts), sesame, cassava and sweet potatoes.

During rainy season, women, men and children alike do help farm. In dry season, women & girls go fishing in dammed streams and shallow ponds collecting fish. While men & boys go hunting (pouching) and set-up traps to catch small animals, birds and hunt honeys. Another food that the Azande do collect and eat is age commonly known in Equatoria as (ngongo) “termites” and are one of the Azande favorite food. Though, the Azande favorite national food is known to be, gadia (pondu “cassava leaves”) .

Fruits grown in the Azandeland include: Azande mango, oranges, tangerine, guava, bananas, pineapples and sugar canes. Zandeland is full of palm and sesame oils. From 1998-2001, the Azandeland economic was boosted due to World Vision International purchased of the agricultural produces in the area.

Zandeland have always been the breadbasket for the 3 triangle countries wars. Teak and Mahogany trees are one of bigger sources of economic for the government in the Azandeland. After world war II, the British government tried to encourage cotton cultivation in Western Equatoria in a program known as the Azande Scheme or The Equatoria Scheme Project . The program largely failed partly because of the Azande’s relative isolation to trading ports and the SPLA war in the area. Due to this isolation, today many Azande have moved to towns and closer to major roads .

Religion and The Azande Traditional Religion

In the earlier days between 2nd millennium BCE to 19th century A.D, the Azande strongly believed in the existences of supernatural being known as: “Mbori” God to whom the creation of the universe is attributed. Most of the Azande formally practiced “African Traditional Religion”, but in the late 20th century over 75% of the population have converted into Christianity, about 1% or more have converted into the Islam and remaining still practice their African Traditional Believes.

The Azande intellectuals across Azandeland board strongly condemned and disagreed with E.E. Evans Pritchard baseless claimed, of the Azande having been practicing homosexuality and witchcrafts before the imperialist European settlers gained colonial control of African countries by mid-19th century . Even though, “The Azande” uses Soroka or Soroka Iwa (DNA) “oracles” as a way to determine if crime had been committed or not and usually being use lawfully to prevail justice before the “Court of Law” . The Azande intellectuals debatably that, the Azande have no interest in witchcraft. But, when something out of the ordinary or unfortunate happens, usually to individual person, the Azande may blame witchcraft just as a non-Azande people might blame too.